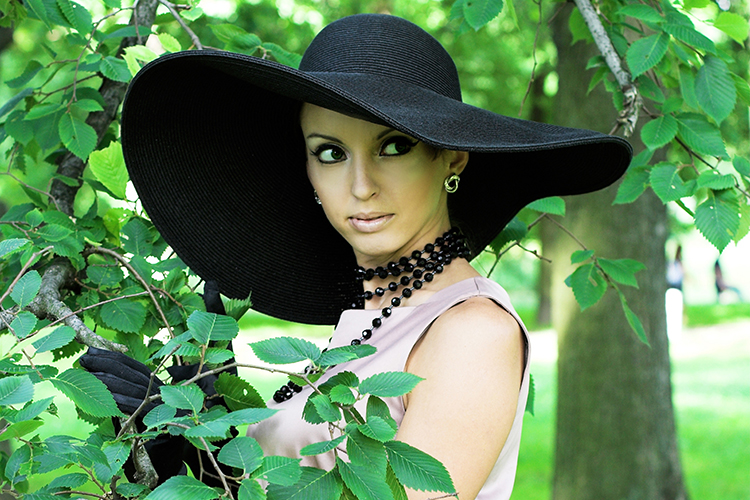 Greatlookz has a large selection of stylish hats for women for casual wear, formal events, costumes, and sporting events.

Hats have been around since before 3,000 BC. It is hard to imagine a world without them. Hats and head coverings can be worn for ceremonial and religious reasons, protection from the elements, as safety devices, to show military ranking, or as fashion accessories. Historically, social status was indicated by the hat you wore. They can also dictate your profession as in the construction workers’ hard hat or the tall distinguishable chef’s toque hat.

The first part of the 19th century women wore bonnets which gradually became larger and were adorned with flowers, ribbons, and feathers. Other styles became introduced by the end of the century including wide brims and flat crown hats. By the mid 1920’s, women wore hats that fit snugly on their head like a helmet to compliment the short hair styles of this time. Wearing hats to horse races started at the Britain’s Royal Ascot which opened in 1711 and was later adopted by the famous Kentucky Derby and still remains a tradition to this day. During the Middle Ages hats were worn as markers of social status and used to single out certain groups. Elaborate hats reemerged in the 1980's and early 21st century when hat milliners designed new hat collections that can be described as “wearable sculptures". Artistic, decorative, and fashionable hats became popular among celebrites which trickled to the rest of society.

We pride ourselves on our customer service. When you call us looking for a hat, we go out of our way to make you feel welcome, from answering the phone in proper English to helping you pick out the hat that will fit your needs.